Does Blockchain as an IoT Transformation Key? 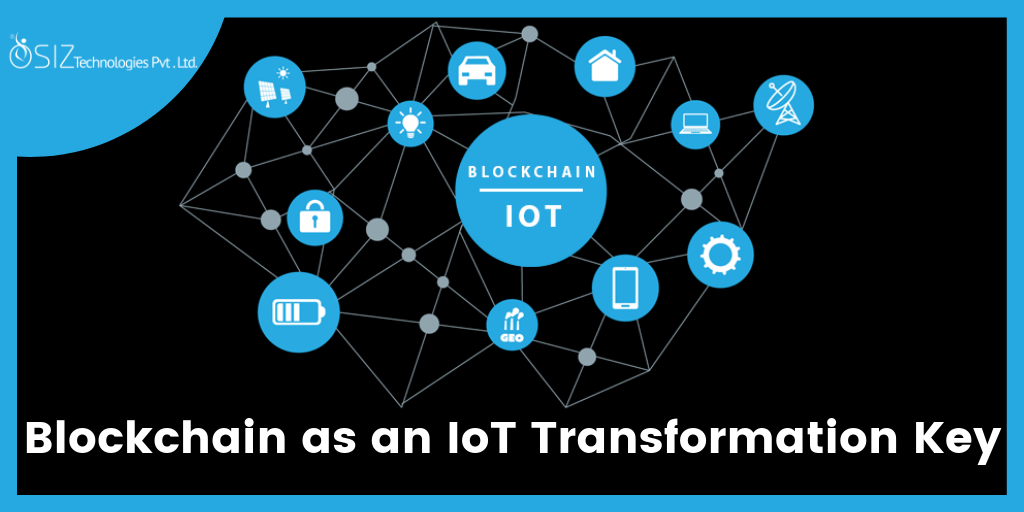 Undoubtedly, the two revolutionizing technologies which disrupt and transform the modern business world are Blockchain and IoT. First of all, let me give you a distinct definition of these dual technologies. Blockchain, a distributed ledger of encrypted “blocks” to record the transactions between two parties, whereas IoT, an interconnected computers network enclosed in everyday devices, industrial equipment, vehicles, and so on.

Both the technologies solely has its unique part in this digitized world and happens more wonder when both ties up. A perfect combo to tolerate the negativity of each other. To point out, IoT has the abilities to overwhelm the inabilities of blockchain and as the same way, blockchain has the ability to overwhelm the inability of IoT. This is the reason to consider these dual technologies as a perfect match.

The requirement of advanced infrastructure is essential for the fast growing smart devices which intemperately rely on internet connectivity.

The another challenges of IoT is high cost, I.e. its solutions are expensive due to its high infrastructure and maintenance cost connected with centralized clouds, big server farms as well as networking equipment.

The chief drawback of IoT devices is lack of security. It is evident the number of IoT related cybercrime enhanced by 600%. on the other hand, its shocking that no steps has taken for the prevention of these attacks. To mention, when there is discover of vulnerability in insecure and implantable cardiac IoT devices, it makes threats to the human health. In the same way, IoT devices have attacked by software, hardware and network.

Even though, many of the hardware manufacturers are working on infrastructure enhancements to fix these issues, Blockchain technology steps in. Being a decentralized approach, there exist a huge potential to overcome the challenges that have mentioned above.

At present, the IoT swear on the traditional as well as centralized communication model, where all devices data are stored on the central server. On the adverse, blockchain furnish a decentralized model that makes the IoT networks more secure and less independent. Blockchain comes with the following perks for the IoT.

I. The existence of standardized P2P communication model will cut down the costs to install and maintain the centralized data centers that progress billions of transactions between devices.

II. The another advantage to tie blockchain with IoT is lack of actions for failures. A failure of single network node will not destroy the whole network.

III. Blockchain will massively diminishes the installation and maintenance cost. However, the loss of revenue happen because of the possible security breaches are also diminished.

IV. All of the transactions will be securely recorded in blockchain’s distributed ledger while being validated and verified by other nodes of the network on the other hand, because of its existence in a single location,hackers are unable too attack this ledger.

V. As blockchain is the technology behind cryptocurrencies, IoT device owners can use it to sell the data that they generate for the digital currency.

To specify that, this decentralized approach absolutely negotiate single failure points and build resilient ecosystem for devices to run on. To point out, the blockchains cryptographic algorithms make consumer data more private. This makes the IoT industry manufacturers to combine IoT with blockchain. For that, they are seeking for blockchain IoT development company to incorporate blockchain applications with IoT. Osiz technologies, a leading enterprise blockchain development company with the blockchain experts let you to build a new path to automate your IoT business in a decentralized ecosystem for a smart business.

If you have any queries, feel free to contact with our blockchain experts