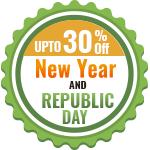 DeFi-based NFT games have been pumping to record highs, gathering users globally to grasp more. Recently, our world has adopted the P2E (play-to-earn) business model that allows gamers to earn crypto rewards while playing their favorite games. And now Cryptosnake aims to live up to that expectation.

What is CryptoSnake Clone Script?

Cryptosnake is an NFT-focused blockchain game on the simple yet classic “Snake” from the 2000s. It involves the concept of a snake that has to “eat” bricks to grow.

Players must guide the snake so that it does not collide with the game's obstacles or its own body. The game’s difficulty increases as the snake’s length grow.

The essential principle of this game has not changed, despite the fact that it has been converted to many platforms and developers have tried to come up with fresh concepts to make it more interesting. Cryptosnake, on the other hand, is attempting to replicate that nostalgic experience while also introducing a mechanism for users to earn real cryptocurrency while playing the game.

Features of the Cryptosnake Clone Gameplay

The main benefits of NFT in gaming platforms include,

In-Game Asset Ownership: A participant in CryptoSnake Clone NFT gaming has complete ownership over his earned and acquired assets, and they can alternatively earn cryptocurrency. Physical ownership enhances the appeal of playing a blockchain-based game and can serve as a consistent source of income. Gamers may save in-game purchases, sell them to other players, or transfer them to other compatible games using blockchain technology.

Inferable Scarcity: Collectors place a premium on uniqueness and authenticity, and the scarcity of in-game NFT purchases can be verified thanks to the unchangeable records built in the underlying blockchain network. The number and uniqueness of each NFT, as well as its history, are verified by this distributed public ledger.

Interconnection: Independent blockchains serve as the backend architecture for other interconnected games in decentralized games. As a result, game assets represented by NFTs can be created to work in a variety of contexts.

Highly secure environment: NFT-based gaming solutions provide a high level of security and stability. Because blockchain technology safeguards a gamer's wallet with an impenetrable layer of cutting-edge technology, he may be assured that his digital assets are protected.

Bringing the Iconic Snake Back to Life

The Cryptosnake clone script project is a fresh arrival into the decentralized gaming market, offering a unique synergy of DeFi and NFTs. With a unique blend of NFT treasures, character improvements, and a strong financial Play-to-Earn component, Cryptosnake revives the iconic concept of the old Snake game from the 1990s, all transferred into the present blockchain gaming environment.

The blockchain-based game Cryptosnake allows players to design their own crypto-snake in the form of an NFT token, which will be powered by cryptocurrencies on the famous Binance Smart Chain (BSC) blockchain. The implementation of the given game and its underlying concept will allow players to earn money while they are not actively playing.

Tokenomics: What is a Snake token?

Cryptosnake's native utility token is SNAKE. It's built on the Binance Smart Chain (BSC) network and may be traded for other BSC-based coins.
It has a 10 billion token supply cap, with an initial distribution of 100 million SNAKE tokens available for presale on PancakeSwap, letting investors and other market participants purchase the token before the project launches.

Cryptosnake Clone faithfully recreates the fundamental gameplay components of the traditional Snake game, including the intake of food morsels in a pixelated arena, which causes the snake to expand in size. Growing the crypto-snake is not so much a spatial problem in Cryptosnake as it is an end-goal that leads to an increase in the profitability of crypto-farming, unlike the old Snake game that came preinstalled on every phone and computer in the mid-2000s.

Players can obtain access to bonuses that can be unlocked on-demand by playing Cryptosnake, resulting in an upgrade of the NFT snake's present parameters. Players can use their enhancements or sell them to other players in markets, allowing them to profit from their success.

You are a crypto enthusiast to start a blockchain-based NFT platform like Cryptosnake, approach us anytime.

Stay connected with our skilled professionals.

Disclaimer: Osiz Technologies never mastery the Cryptosnake and their trademark as well as we never undergo any promotional activities for them.Simply,we are utilizing the term Cryptosnake to identify and understand easily.This is to note that, our products and services never harm an individual and organization.