Consensus Algorithm - A Heritage to the Blockchain Ecosystem 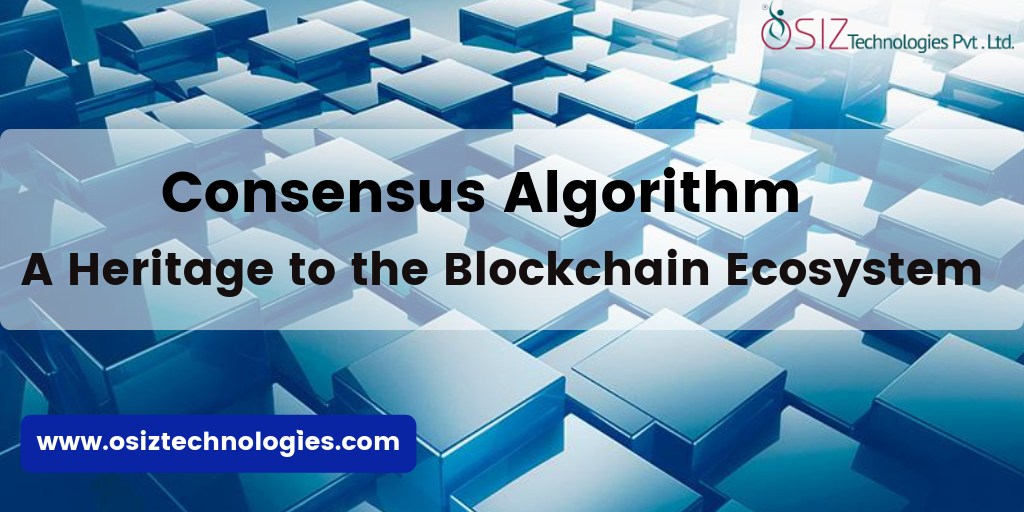 In recent times, the world is revolutionizing with the technology advancements. Undoubtedly, the blockchain technology is surfacing in the midst with its anew releases. Its amazing that how much we are craze to grasp its emerging releases, it offers constant technology advancements to us. Amazing or not? Digs you to know its primary root? Well, its obviously the consensus algorithm.

To protect, detect and resolve the faults and attacks happen in the blockchain network, consensus algorithm is obligatory.

The consensus algorithm comes with 14 categories to facilitate the humans. They are the following:

In proof of work, the miners or the supercomputers have to figure out complex problems or puzzles when a transaction is initiated by the user to verify it.

In the Proof of Stake concept, the user has to spend his/her coins to mine or validate new block.

DPoS is identical to PoS, but the user need to expend more coins to vote or elect witnesses.

The user can build customized tokens and attain benefit from it through the coin lease to the network.

This algorithm utilizes both PoW and PoS, to integrate the best of two features for fine validation solution.

When an user often sends and receive transactions, they will be rewarded with some fee for it.

With this protocol, it is simple to utilize the hard drive of the users’ capacity

Users sends the coin back into the Eater Address, the wallet that they can’t recover coin from, and get reward based on the amount.

Similar to the PoS, but the contrast is that PoWeight depends on certain constituent called weights.

It is identical as PoW, rather than that it focuses more on the consumption.

It focuses on the state machine. The byzantine utilizes certain sequence to have the rouge users at bay.

Here, the validator can aggregate the proposed transactions and build a new block.

Among the professional node controllers, it mainly focuses on the gamified way to verify a block.

DAG’s can handle the transactions asynchronously without having a blockchain data structure.

Consensus as a Boon Algorithm

Stick with us for your blockchain requisites