AMASS THE FASCINATING FACTS OF ANDROID 9 PIE VS iOS 12 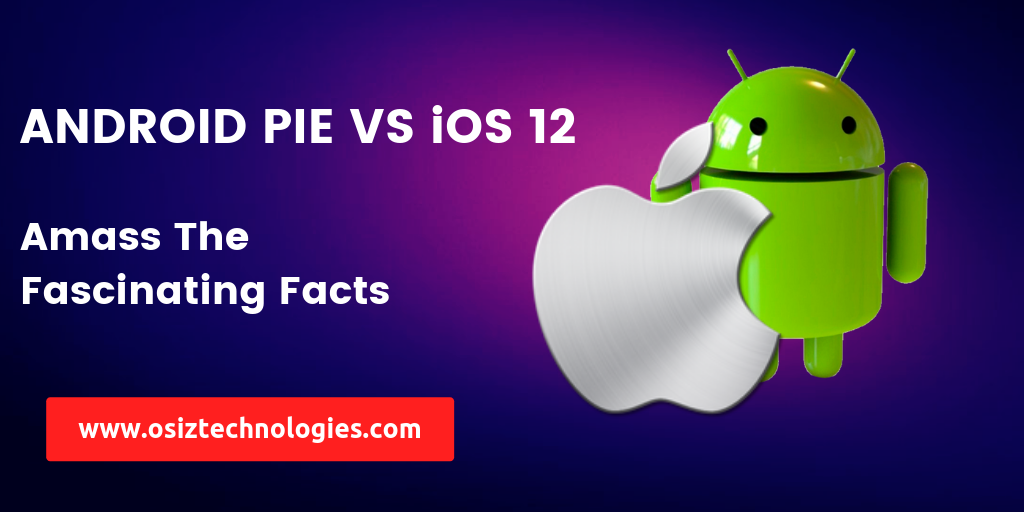 Are you interested to know more about the latest versions of Android 9 Pie and iOS 12 operating systems? If your option is yes, then this is the right choice for you to acquire more and more about it.

In this modern world, except few, everyone is utilizing the technology advancements via smartphones with their convenience . As a matter of fact, smartphones with internet simplifies the manpower of the humans in several progress and this is the way for them to hold all the emerging technologies in their hands. All these wonders are possible with smartphones through its operating system.

To point out, both Android and iOS has its unique goodwill among the mobile users. The latest version of the both OS comes with amazing features that supports all sorts of applications and do favor for the users. The following are the topmost five parameters that highlights the facts of Android Pie and iOS 12.

The Android was the first to spot the notches but it becomes and popular and viral among the users via iPhone. Likewise, Google ultimately introduced controlling gesture recognition feature through the swipe function in Android Pie whereas it was already exists in the iPhone X. Through this, both the OS has implemented its unique features for the users’ need.

Emoji and Memoji - A simple way to expose our thoughts effectively. To point out, creating animoji for everyone is possible with memoji and this amazing feature is available in iOS 12. But, only the creation of animoji is possible in iOS 12 whereas , the Android Pie has the feature of creating and sharing the Emoji and Memoji with a set of advanced features like pleading face, hot face and so on. To conclude, Android pie is better for this feature while in comparison with iOS 12.

When comes to this parental control feature, both the iOS 12 and Android Pie has its specific features to care over the children. In Android Pie, there exists an exceptional service as family link that has amazing features such as managing the applications, locking the device, monitoring the screen and so on. In the same way, iOS has these features in settings area with blocking the websites, online content filtering, and flexible to set thee browsing time limits. In the event of monitoring system, both are similar with the call and location tracking features.

Another wondering feature of Android Pie and iOS 12 is the implementation of Augmented Reality. Both has its specific power to implement AR with it and make their users to get wow with their various momentous updates. When it comes to games with AR, iOS 12 is superior than Android Pie with updated software and wider audience.

A feature that has the power to do anything virtually with the voice commands. iOS 12 implemented the “Siri” service for the virtual assistant that requires simple steps for the complex tasks. On the other hand, Android Pie has this homogeneous feature as iOS 12 and but it is more flexible and reliable than Siri.

In this fast moving world, enterprises are also in need of facilitating applications  as well as the genuine development service for the both highly functional iOS and Android apps to enhance their business . Altogether,  Mobile applications with the high functional and responsible qualities is what the users desire and this is the way for the entrepreneurs to reach their business to their prospective customers.