How is Blockchain Transforming the Gaming Industry? 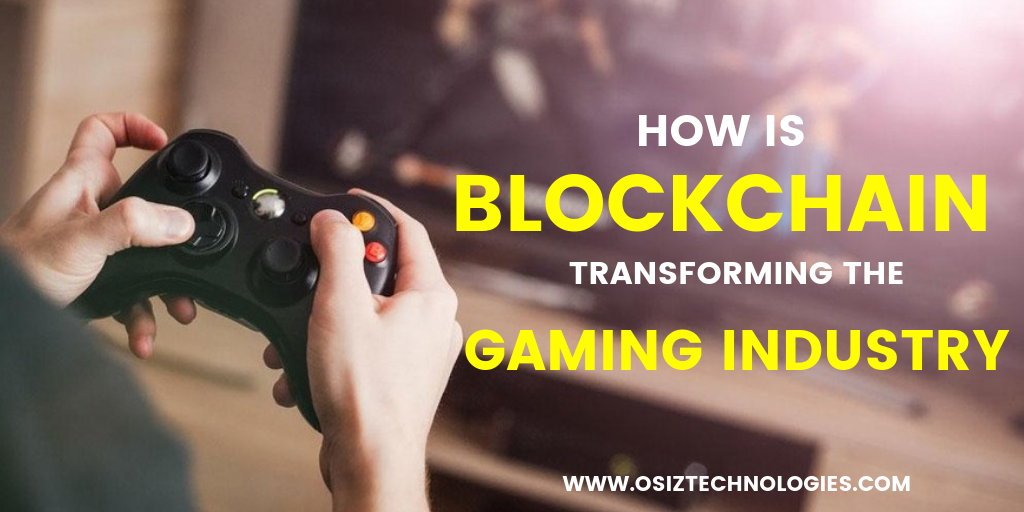 All kinds of games have its own standard, every single game has its own fun lovers, its especially youngsters. Many people prefer casual gaming in their leisure time to get relaxed, so that they can divert themselves concentrating on their craze games. Its hard-bitten to focus on finding a direct audience and driving them a desired featured game, thereby huge users can be entertained.Turning passion into a business is the most exhilarating thing for the youngsters who is looking-forward to get recognized and populous as well. Most of the industries are now prefer a block-chain to have their transactions as decentralized and enhancing the transparency as well. As the block chain is becoming prodigious, several block chain breakthroughs have been progressively launched in bustling digital world.

Amazing facts of Blockchain and Cryptocurrency

Blockchain and cryptocurrency technology gained millions of audience in gaming platform which has lots of inbuilt secure features to show your talent and for making billions in your own gaming wallet. Using this blockchain gaming, developers get proper guidance on striking new trends and building innovation over gaming. As a player, have you ever imagined that how exciting it could be while collaborating player and developer more closer? Surely it creates a dramatic change in industry whilst technology makes a business model collaborating developers and players. Peer to peer donating/gifting platform is a major boon from the blockchain gaming.

As video gaming is ever blooming industry , the industry worth have sky rocketed. Online Multi-player video games have the data of player’s credentials, in-game virtual assets, in-game progress, and payment details, etc..To safeguard these items from threats which means protecting the players from unauthorized breach, blockchain technology can be integrated with online multi player video games to prove virtual asset’s digital ownership with their verifiable scarcity. The next significant goal of online multi-player gaming companies is trading their in game virtual assets, still there was no trust-able platform to sort out this issue. Blockchain brings better solution for this problem via providing secure and transparent transactions among players.

Why blockchain gaming with Crypto currency is having huge audience?

It gives a real ownership for the game players utilizing blockchain technology and cryptocurrency earning. That is to say, it is not only for game-developers to own, say, the sword, but also for the player to owns the file, the sword, the block.These terms are named as “crypto-collectibles.

cryptokitties is the firstborn game earning cryptocurrency that is built in blockchain which can be said as best model of crypto collectibles. An  unparalleled cryptokittes just makes a collective items from the every slice of digital data living on a distributed peer to peer system. While CryptoKitties don’t represent digital currency, the same security is offered: Every single kitty bred on block chain is closely-held only by the person who bought it and it is highly unparalleled as well. It wont get duplicate or broken, unless and Until changes appears on hashes over block chain after getting granted approval from larger blockchain community.

Gaming companies are highly involved in blockchain and most of them integrated their existing game ecosystem with blockchain features. One of the japan company, GMO recently proclaimed their release of Bitcoin based application for in-game rewards. Sony is also set to open up a blockchain based video game for play station 4 and the Microsoft is already deployed a blockchain product for handling content rights and royalties for Xbox.

Would you like to talk with us for your Blockchain Gaming Project?