Tezos - A Legacy to the Blockchain World 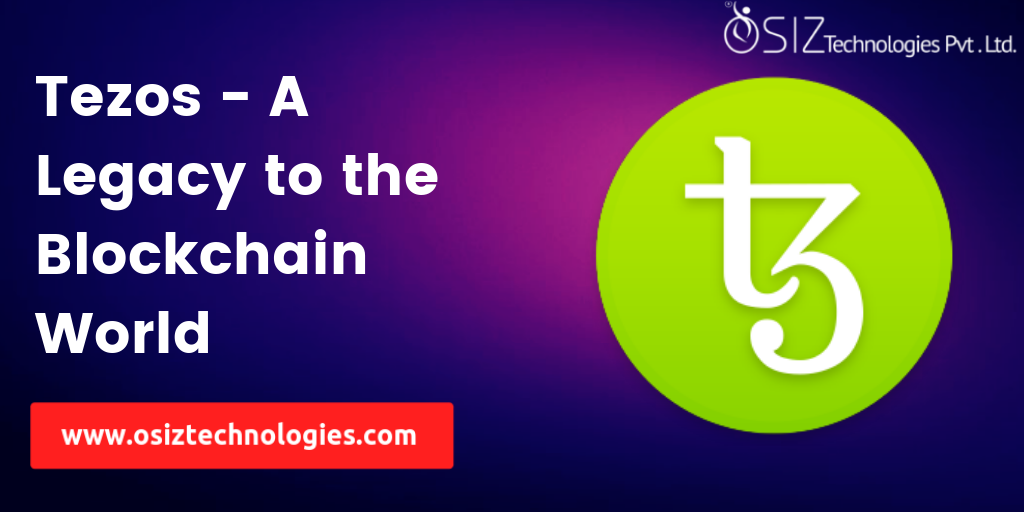 Are you interested to know about the new decentralized blockchain, Tezos? It is a known fact, blockchain is the most trendiest revolutionizing technology of this digitized world. Undoubtedly, the tezos will drop a significant change in the blockchain world.

What is Tezos and What’s New in it?

Generally, Tezos is a smart contracts platform that is similar to the  Ethereum but the tezos differs from one sole way, it incorporates a progress for protocol upgrade over time with on-chain governance.

To point out, this governance system permit for a sleek blockchain evolution than hard fork, that splits blockchain into two distinct versions.

In addition, there is certain focus for the tezos network to constitute a real digital commonwealth.

The Technologies Behind Tezos

Similar to all the blockchain, Tezos utilizes a order of blocks to carry off transaction data and other information. Likewise,it also has a specific consensus mechanism, upgrade system as well as the programming language.

The peer to peer distributed network that target to make a notable enhancement to its neighbours. As a matter of fact, its amazing work happens by its advantageous features. Have a look at the following key features.

(i) On Chain Governance

Generally, the on chain governance is the key feature of the tezos that includes stakeholders in the platform of governance. To mention, stakeholders have the rights to amend the protocol as well as to deviate the voting procedure itself. In short, stakeholders can authorize the code and protocol change.

This typical blockchain undergoes the following three protocols to function:

To discover the transaction of the broadcast and blocks

Decides an delivers the essential for the valid transaction

Moreover, tezos utilizes generic network shell that are congenial with several consensus and transactions protocol, a blockchain needs. On the other hand, the blockchain is initiated with the seed protocol and democratically directed as a project. To point out, the flexible, fast and functional programming language fix the such an ambitious project as well its technical requirements.

The unique proof-of-stake consensus algorithm of the tezos provides every stakeholder the possibleness to take part in the network of transactions validation and be rewarded by the protocol.

It is a known fact that, blockchain technology has its unique impressive perks, but the new decentralized blockchain, tezos has the probability to beat it and revolutionize the world. The following advantages are listed below:

As a result, though it is a rough start, Tezos has become a auspicious platform and offers impressive technical innovations in its area. Many of the technical experts as well as the entrepreneurs are search for the best blockchain consultancy services to know more about the tezos blockchain. For them, Osiz technologies provides you the complete blockchain consultancy services which aid the businesses to move forward to the destination.

Stay Connect with our Blockchain Experts to Gratify your Needs