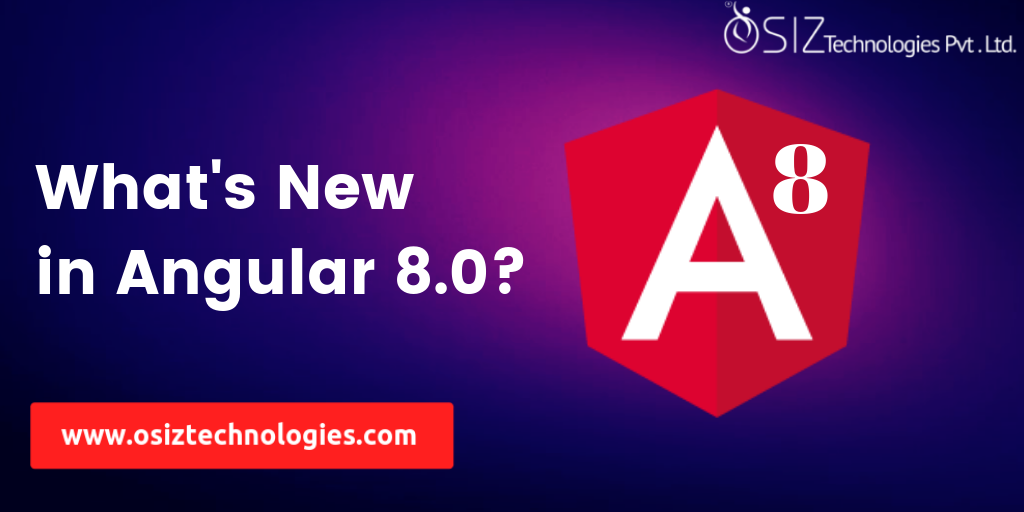 Are you curious to know about the latest version of angular framework? Then, it is a right opportunity for you to update more with yourselves. It is a known fact that angular js has its unique crucial role in web development. Now its time for Angular 8.0, the sophisticated JavaScript framework arrived with infinite advantageous traits that beats the fascinating facts of angular JS.

There is no renounce to the conception that Angular JS is the widely-used, open-source JavaScript framework for front-end web app development. As a matter of fact, it is the most preferable javascript framework among the developers than all other js frameworks. Now, the arrival of Angular 8.0 delivers even more beneficial traits than the angular js and it is radically different from all the available frameworks for the sake of its characteristics.

It is an amazing factor that Angular support TypeScript. In the same way, Angular 8.0 supports TypeScript 3.4. This feature even more facilitates the developers in web development to build function rich and intuitive websites.

Obviously, the huge part of this release is Ivy. To point out, Angular 8.0 is the first to offer switch to option in the IVY. At the same time, the IVY roll out requires three areas to be optimized. They are bundle size reduction, loading speed and rapid debugging and simple interface. Here are some of the advantages of IVY.

(i) The generated code is simple, fast, and easy to read

Through the involvement of backward compatibility mode in Angular 8, it is simple to upgrade all large projects efficiently. The developers move towards the angular 8 because it permits lazy loading of some parts of the Angular JS apps with route API.

With the Angular 8, performance and parallelizability of the application is enhanced. They are an astounding way of writing the code off the main thread. Building support has been included to the angular CLI to embellish the web worker bundling.

There is regular dependency update for javascript and RxJS s well as alignment node with the other ecosystem.

In those days many of the entrepreneurs preferred to build websites for their business in Angular JS. Now, many of those entrepreneurs are seeking for the Angular 8 development services as well as developers to make intuitive website for their business. Osiz technologies undergoes transparent Angular 8 development services for their clients and satisfying their needs are their mainstays. In the same way, one can feel the quality services from them with the high quantity of adroit developers and skillful resources.

Stay Connect with us to build your unique own website