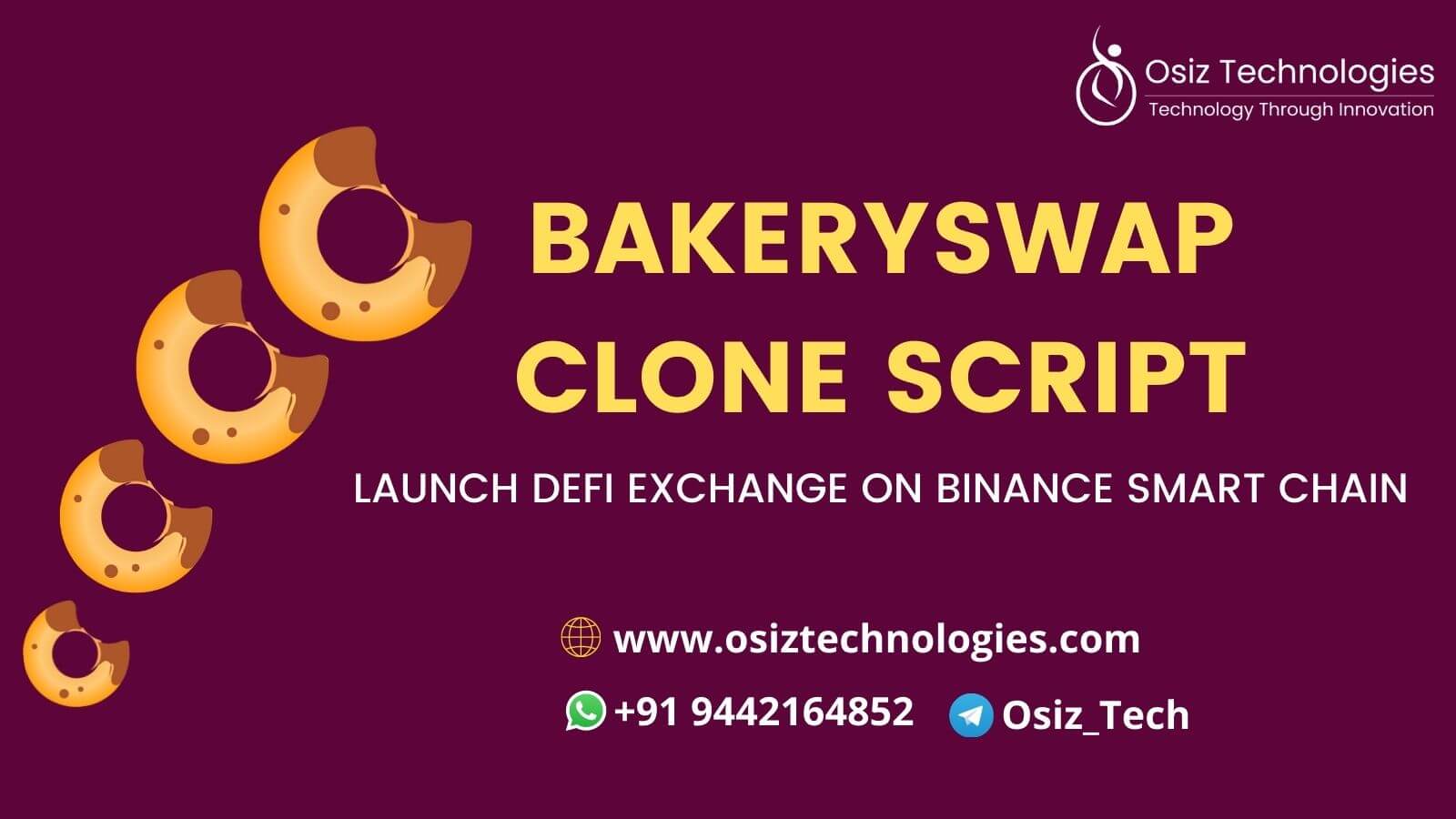 BakerySwap Clone Script is a DeFi exchange script that works in the same way as BakerySwap and provides automated market-making (AMM) service and decentralized exchange (DEX) based on the Binance Smart chain. The bakery clone script is just one of the many ways of DeFi that help you earn money passively. It offers multiple services like yield farming, a crypto launchpad, and non-fungible token business opportunities all on the "single stop script".

The advantages of the Bakeryswap Clone Script, which has a huge impact on Cryptocurrency users such as;

And here are some exciting implementations of BakerySwap;

It is a regulated Bakery environment marketplace with the objective and mission of attracting numerous artists and collectors in one location. You can easily reach anything beneath NFTs inside the bakery gallery drops.

This bakery gallery focuses on giving featured artists significant exposure to attract additional talent, which results in a healthy exchange/trade.

The BSC game Box offers an exclusive surprise for $POKER and $SOCCER holders. Top gaming partners including BakerySwap are involved in BakerySwap's gamification.

These will be used as a surprise aspect of components within the BakerySwap Clone Script on the Binance Smart Chain.

A complete sequential stats about the price of BNB and the sequence of transactions for 24/7. As a result of this analytic study, swapping was done easier.

With the advent of ETH2.0, acquiring liquidity farming and benefiting ETH holders has never been easier. Furthermore, the tokens are known as "BAKE" and they are used to trade with other tokens.

Rather than being a slave without a key to conduct any action, you can have power over your bitcoin for trade. Growing up in a world of cryptocurrencies is simple, but BakerySwap on BSC can help you manage all of your administrative tasks and the control you have over each deal on a DEX platform.

You can enjoy the freedom of managing peer to peer with BakerySwap Clone Script, and even get a tiny return without losing out.

Creating a BakerySwap is very simple with the help of BakerySwap clone Script which is a DeFi DEX script developed based on the Binance Smart Chain. This clone enables the user to stake, bake and create special NFT combos, and get their own NFT pets. And also maintains BSC’s BEP20 and BEP2 token standards.

How does BakerySwap Clone Script Work?

With the BakerySwap Clone script, you can start a DeFi Exchange that operates exactly like BakerySwap. It builds with all of the features and functionalities of Bakery Swap and is 100% similar to BakerySwap.

If you want to start a DeFi exchange like BakerySwap right away, you can use the ready-launch BakerySwap Clone script which has the same capabilities as the BakerySwap exchange and can be up and operating in three days.

Otherwise, you can use a white label BakerySwap Clone Script which is a customizable script that is built from the ground up and includes additional features and functionalities of the BakerySwap exchange that you can customize as needed.

We Osiz, a prominent DeFi Development Company, perform exactly like the BakerySwap exchange.

We at Osiz technologies have extensive developing platforms for Decentralized Exchanges such as Uniswap and deliver the BakerySwap Clone script with user-friendly features such as customizable UI/UX, current crypto market analysis, and governance token development, all of which contribute to the usability of the token related with the Decentralized Exchange of BEP20 in the form of Bakes.

Are you looking for a BakerySwap clone script? then this is the right place. Please contact us for further queries & free consultation.