Which Blockchain Network is Preferable for Your Business? 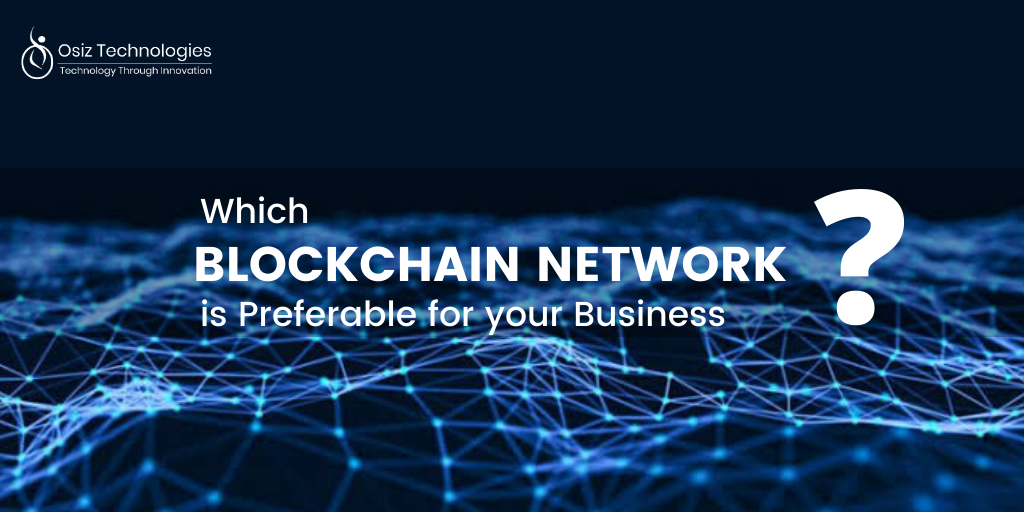 Are you well fit to 2020 which is filled with several sophisticated technologies? Then, blockchain is not that amazing for you and it is a known fact that blockchain is powering up the digital and economic spheres.

To initiate with, the blockchain technology which is a shared and trusted public ledger of economic transactions that are grouped into blocks. The data storage system is unhackable and secure in a decentralized ledger. Henceforth, companies swear on blockchain development for all their business requisites.

Well, here is the solution to your confusion. In a public blockchain, managing the transactions is done through several decentralized mechanisms like POW(Proof of Work) and POS(Proof of Stake).

In the POW algorithm, the probability of mining a block is ascertained by the amount of computational work done by the miner.

In the POS algorithm, the probability of new block validation is observed by how significant of a stake an individual possesses.

To mention that, public blockchains is chiefly for two things: value routing and trustless time stamping of messages.

As a result, public blockchain is preferable by a the huge users around the world. This is because they don’t have to place their trust in a third party, unlike the other networks. Bitcoin and Litecoin are the instances of the public blockchain.

Consortium - A blockchain where the consensus is controlled by a set of pre-selected nodes.

Henceforth, the companies which are the member of this blockchain network have the authorization to run a full node and initiate mining. Likewise, they can undergo transactions on the commissioned blockchain. Quorum, Hyperledger, Corda are examples of consortium blockchain.

Customarily, these sorts of blockchain dwell to an individual or a company and they can acquire absolute control over the network. This is more vital to notify that they have the authority to mutate transactions, add new blocks and modify balances.

The Technology Rule : If there is an advantage, there is also a disadvantage. Likewise, each blockchain network has its own advantages and disadvantages. Based on the industry type, you can pick out the suited network for your business.

As a result, if your business petite privacy and control, private or consortium blockchain network is the best option for you, whereas it demands for the openness and censorship resistance, public blockchains are the best.

Deserve, decide and leverage the astounding attributes of the blockchain networks for your business.